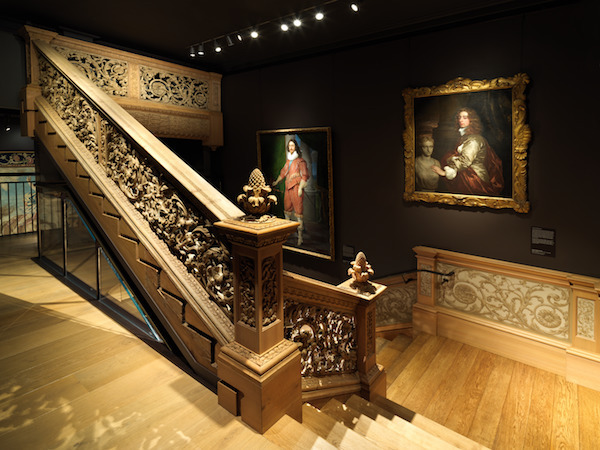 The New British Galleries of the Metropolitan Museum of Art, with Dr. Wolf Burchard

In February 2020, The Metropolitan Museum of Art began its 150th anniversary celebrations with the re-opening of its entirely remodeled British Galleries. Devoted to British decorative arts, design, and sculpture created between 1500 and 1900, the ten galleries showcase 700 works of art including a conserved 17th-century staircase from Cassiobury House, English country house interiors from Kirtlington Park, Croome Court, and Lansdowne House, all transformed by painstaking restoration. Each gallery examines the intersection of British creativity and entrepreneurialism, illuminating the intense commercial drive that arose among British artists, manufacturers, and retailers over the course of 400 years.

BECOME A MEMBER
Not sure of your membership status? Email your inquiry HERE

Dr. Wolf Burchard is Associate Curator in the European Sculpture and Decorative Arts Department at the Metropolitan Museum of Art and lead curator of its new British Galleries. Prior to joining The Met, he was Furniture Research Curator at the National Trust (2015–18) and Curatorial Assistant at the Royal Collection (2009–14), where he co-curated “The First Georgians” at The Queen’s Gallery, Buckingham Palace (2014). He read history of art and architecture at the Courtauld Institute of Art, from which he holds an MA and PhD. He sat on the executive committees of the Furniture History Society, the Georgian Group and the Society for Court Studies, as well as on advisory boards at the Château de Versailles, the Mobilier national in Paris and the German Embassy in London.

Thank You to our Generous Lecture Series Sponsors

To register for this event please visit the following URL: →