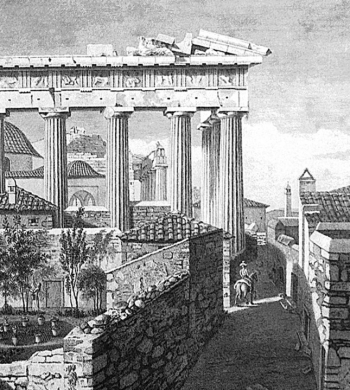 Please join us for Part 2 of ICAA National’s brilliant video series “The Foundations of Classical Architecture” with architectural historian, Calder Loth, as he explores the fundamental role that Greek classicism has played in the development of Western architectural traditions

Calder Loth is Senior Architectural Historian for the Virginia Department of Historic Resources and a member of the Institute of Classical Architecture & Art Advisory Council. He was the recipient of the 2010 ICAA Board of Directors Honor Award and the 2017 Virginia AIA Honor Award for significant contributions to the understanding of Virginia’s built environment. He is the author of Congressional Resolution 259 honoring the 500th anniversary of the birth of Andrea Palladio, passed unanimously.

To register for this event please visit the following URL: →